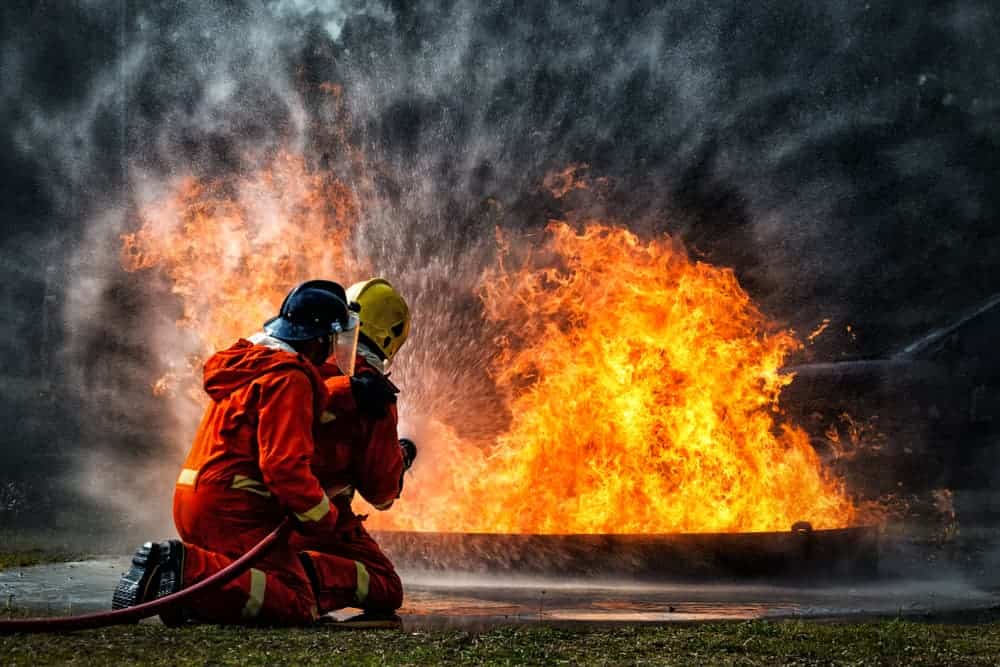 It is no secret that firefighters do some of the most dangerous work in the world. They work tirelessly to protect their communities, and their exposure to the extreme heat and deadly smoke of fires requires them to have gear that they can feel confident will keep them protected.

It is painfully ironic, then, that the protective uniforms and equipment firefighters use in their work may be causing them harm. According to the International Association of Fire Fighters (IAFF), the leading cause of death among firefighters is cancer, and they die of cancer at rates higher than the general population. One purported reason for this is that firefighters’ work, gear, and equipment leave them more exposed to a certain class of chemicals called PFAS that have been associated with increased risks for both the environment and human health.

Per- and polyfluoroalkyl substances, or PFAS, make up a class of synthetic chemicals that began to be mass-produced in 1947 because  they have a multitude of uses in industrial processes and consumer products. They are particularly useful because of their unique ability to repel both water and oil. They are found in products like these:

The first is that, due to the fact that the carbon-fluoride bond is the strongest bond in nature, PFAS have a high level of persistence in the environment. Because of this, they are often referred to as “forever chemicals.”

The second reason for the controversy is that research has linked these chemicals to a number of adverse health effects in humans. According to the Centers for Disease Control (CDC), these potential problems include:

The water- and oil-repellent properties of PFAS mean that the chemicals can be particularly useful in fighting fires. A particularly common product that firefighters have used for decades against Class B fires that involve petroleum or other flammable liquids is called aqueous film-forming foam (AFFF). According to the International Pollutants Elimination Network (IPEN), the use of this product has been linked to “unacceptably” heightened levels of PFAS in the blood of firefighters.

As a result, firefighters may be at risk of developing PFAS-associated health concerns that are matched only by people who directly produce PFAS and PFAS-containing products.

Yet while AFFF has received a lot of focus in the media and in the courts in recent years, it is now becoming clear that firefighting foam is not the only source of PFAS exposure for firefighters. A 2020 study by scientists at the University of Notre Dame posits that firefighters are exposed to “significant quantities” of the chemicals via the chemicals in their protective gear. 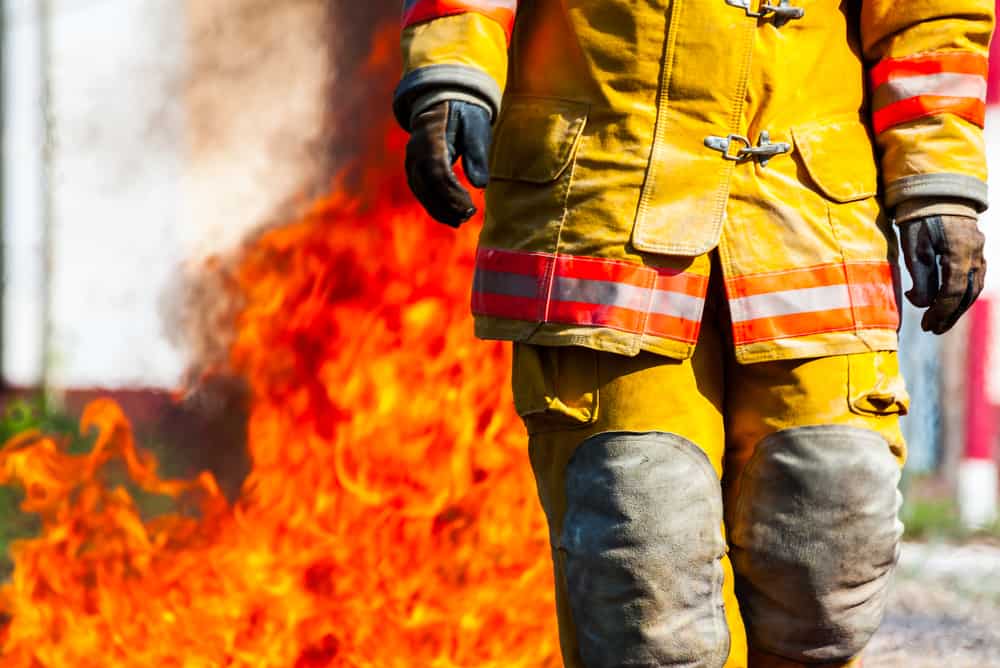 The particular group of PFAS that is used to make firefighting gear water- and oil-resistant is known as fluoropolymers. The Notre Dame paper notes that the levels of exposure from the firefighters’ protective garments are not enough to account for the total levels of PFAS present in the bodies of firefighters.

One question that remains to be answered is the degree to which humans are capable of absorbing PFAS chemicals through their skin. In one study, mice that were exposed to high levels of one form of PFAS through the skin had lower levels of antibodies as well as reduced spleen and thymus weights. It is unknown if these results would be similar in humans.

Nevertheless, the fact that firefighters’ uniforms contain such high levels of PFAS appears to be a significant factor is a serious cause for concern. The Notre Dame study identified PFAS chemicals on the protective gear in the parts-per-billion range. This is remarkable because scientists usually speak about these substances in terms of parts-per-trillion.

What Is Being Done to Address the PFAS Risks for Firefighters?

The IAFF has remarked that the study is an important step toward understanding the high levels of cancer in firefighters. California and several other states are actively engaged in searching for safer alternatives to PFAS chemicals in textiles and other consumer products. Furthermore, many fire departments are beginning to weigh implementing policies to minimize contact with protective gear when firefighters are not actively using it.

The federal government currently places no limits on PFAS levels. The United States Environmental Protection Agency (EPA) has established a health advisory of 70 parts-per-trillion for the presence of the chemicals in drinking water, but the advisory is non-binding.

Current legal action on behalf of firefighters against the manufacturers of PFAS chemicals is one trend that may lead governments to consider stricter regulations on these substances.

If you believe you or your loved one has been harmed due to the manufacturers of PFAS chemicals, TruLaw can help. TruLaw works with attorneys dedicated to fighting on your behalf. Visit our instant Firefighting Gear Case Evaluator to check your eligibility to join our Firefighting gear case today!