Per- and polyfluoroalkyl substances (PFAS) are a class of chemicals with a wide array of uses in industry and in consumer products. They are considered incredibly useful and have been mass-produced since the 1940s because of their unique ability to repel both water and oil. As a result, these chemicals can be found in everyday products such as several types of food packaging, cosmetics, shampoos, stain-resistant fabrics, and nonstick cookware. Of particular note to both firefighters and the general population is the presence of PFAS chemicals in certain firefighting foams.

There is an increasing concern about PFAS chemicals in these foams and in other products because they have an almost unlimited persistence in the environment. In fact, many people refer to PFAS as “forever chemicals” due to their virtually unlimited resistance to breakdown in the environment.

This concern is magnified by the fact that research has linked exposure to PFAS chemicals in general, and to firefighting foams in particular, with a number of human health risks. According to the Centers for Disease Control (CDC), these concerns include:

In addition to workers who produce PFAS and PFAS-containing products, there is evidence that firefighters are among the groups that are at particular risk for developing these health concerns as a result of exposure to the chemicals including through skin absorption.

Firefighters have used aqueous film-forming foam (AFFF) for decades in their efforts to extinguish fires that are particularly difficult to suppress. Because it is made with water- and oil-repellent PFAS, AFFF has proven especially useful in fires that involve petroleum products or other flammable liquids.

However, recent research has indicated that AFFF use has had grave consequences for the firefighters who work with it and for the communities they work to protect.

One of the main concerns is the negative environmental impact of AFFF discharge. When these foams are used consistently over long periods of time, as they are in fire training facilities, PFAS chemicals have the potential to accumulate in the soil, and from there, they can get into the groundwater.

As reported by the Environment Working Group (EWG), one such study by the United States Environmental Protection Agency (EPA) collected data on nearly 900 releases of AFFF into the environment. Many of these releases occurred in local waterways, creating dangerous levels of contamination in drinking water and the fish populations that live in them.

Increased Risk for the Health of Firefighters 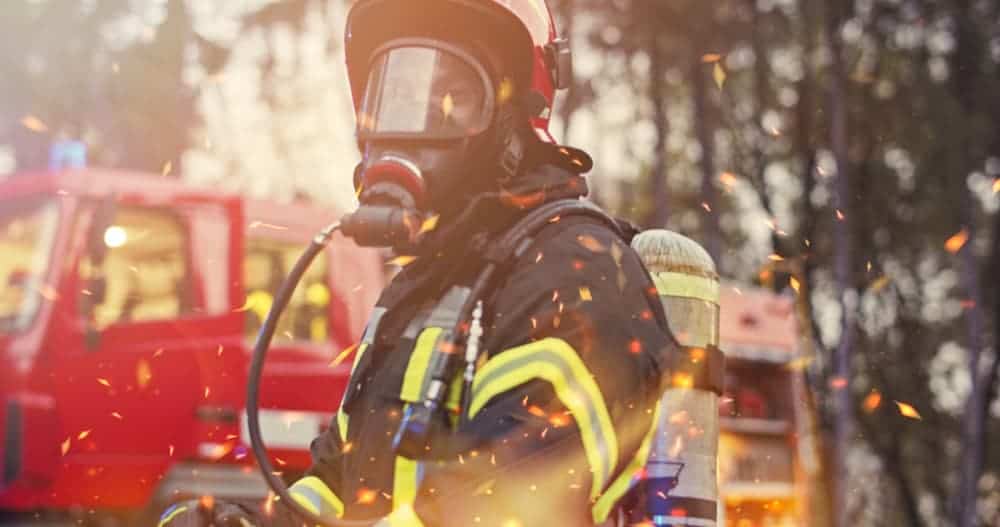 According to the International Pollutants Elimination Network (IPEN), current research has shown “unequivocal evidence” that firefighters who used AFFF have “unacceptably elevated” levels of PFAS in their blood. Firefighters’ increased risk of exposure comes from sources such as:

What Are Governments Doing to Manage Risks from AFFF?

The EWG notes that there are alternatives to AFFF that are both safer and equally effective. Because of this, several states have prohibited (or are in the process of prohibiting) AFFF and other foams that are made with PFAS. On the federal level, Congress recently passed legislation requiring federal work safety experts to certify PFAS-free firefighting gear. Furthermore, the Department of Defense has ordered all its fire departments to stop using PFAS-based foams by 2024.

What Should Fire Departments Do If They Still Use AFFF?

Researchers and the general public are still learning about the environmental and health risks of PFAS and AFFF. The more governments and fire departments can educate and inform firefighters and the people in affected communities about the changes that are being made, as well as the shifts that still need to occur, the more prepared everyone can be to keep themselves and their surroundings safe.

TruLaw works with experienced lawyers who are prepared to fight on behalf of individuals harmed by drugs, devices, chemicals and other products. To determine if you may be eligible for a Firefighting gear case, visit our Firefighter Gear Instant Case Evaluator today.