Paraquat, which first became widely used in the 1960s, is an herbicide that has been used on many different crops for decades. It is also incredibly toxic and can cause death in humans who consume even a small sip of the herbicide. Exposure to paraquat has also been linked to Parkinson’s disease and other severe illnesses.

While paraquat was legal for use by anyone in the United States for more than half a century, that recently changed. Today, purchasing and using herbicides that contain paraquat is prohibited by the Environmental Protection Agency (EPA) unless the user has special certification and training. Although it is not banned entirely, it is currently classified as a “restricted use” product.

Another highly controversial herbicide, Roundup, remains legal, although health concerns related to the use of Roundup have led many farmers to use paraquat products.

Studies have shown that exposure to paraquat is directly linked to an increased risk of contracting Parkinson’s disease. Parkinson’s disease is a nervous system disorder that causes symptoms such as tremors or palsy which turns into reduced mobility and muscle stiffness as the disease progresses.

The Council also cited the Agricultural Health Study, which showed that farmers who either mixed or applied the herbicide were also at an increased risk of developing Parkinson’s disease later in life. Farmers who were regularly exposed to products containing paraquat were 200 percent more likely to contract Parkinson’s disease, and certain gene defects increased the risk even further.

Even though the herbicide has been banned in many countries, including Brazil, Kuwait, Malaysia, Switzerland, the United Kingdom, and European Union nations, the United States has continued to allow paraquat use with restrictions.

The EPA decided to ban paraquat, made by many different manufacturers and sold under many different brand names, for general use due to its level of toxicity and potential for causing severe health conditions in humans if swallowed or inhaled. In fact, according to the EPA, there have been 17 fatalities (including three children) caused by accidental paraquat ingestion since 2000. These fatalities occurred after the herbicide was transferred from its container to a beverage container, which the victim assumed was safe to drink. There have also been fatalities and severe injuries associated with skin exposure to paraquat.

In addition to restricting the use of this hazardous herbicide to licensed applicators, paraquat purchased in the United States contains a blue dye. The purpose of the blue dye is to prevent commercially licensed farmers and certified agricultural workers from confusing the herbicide with beverages, such as coffee. Paraquat sold in the U.S. also contains an agent that induces vomiting if the user accidentally consumes it, as well as a strong odor to prevent applicators from mistaking it for something else.

Who Can Legally Purchase and Use Paraquat? 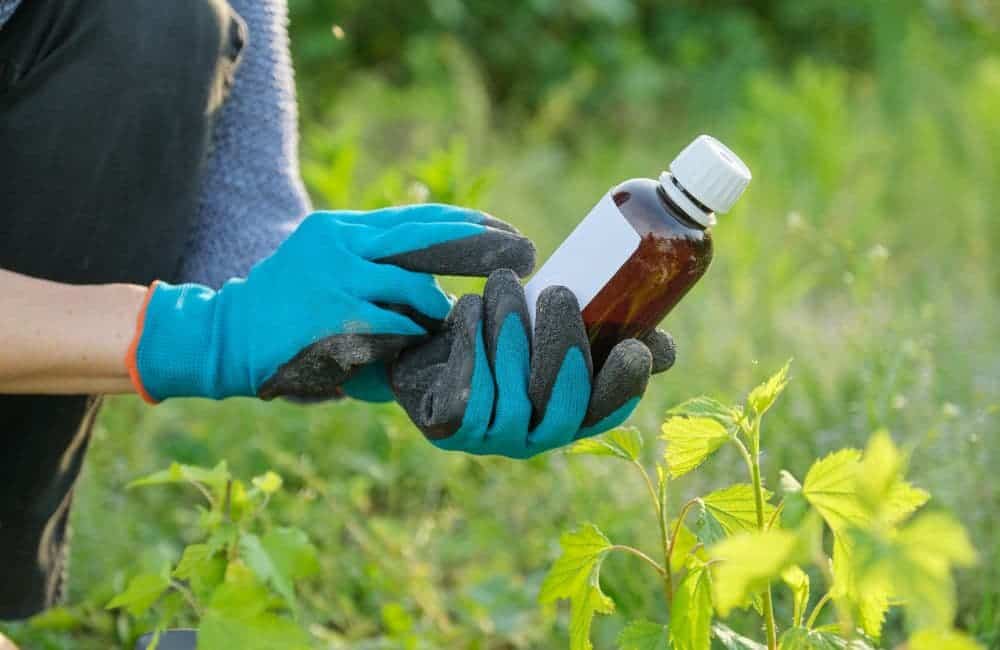 Because the EPA has categorized paraquat as a restricted-use chemical due to its toxic nature, only certain people are allowed to use and apply paraquat, including commercially licensed individuals and trained agricultural workers.

When using paraquat, licensed applicators should wear long-sleeved shirts, gloves, safety goggles, and a mask to prevent exposure to the herbicide. The Centers for Disease Control (CDC) created a list of potential respirators that can be used for additional security when using and applying paraquat dichloride. These respirators are specifically designed to prevent exposure to certain dangerous chemicals, including paraquat.

People who wish to become licensed applicators can find out more about the certification process by visiting the EPA’s website. Individuals who are not licensed by the EPA, including uncertified individuals working under licensed applicators, are not allowed to use, mix, apply, or load paraquat or interact with the herbicide in any other way. Such actions are against the law and can be subject to legal action.

Individuals who developed Parkinson’s disease or another serious illness after paraquat exposure have been filing lawsuits against various paraquat manufacturers in the United States. People who mixed, loaded, sprayed, or applied paraquat, as well as individuals who lived near farmland where paraquat was frequently used, could be eligible to pursue compensation for damages they suffered as a result of exposure to the herbicide.

The plaintiffs in paraquat lawsuits are alleging that the manufacturers of the herbicide, which include Chevron and Syngenta, failed to warn agricultural workers, farmers, and others about the risks associated with using and applying the product. Lawsuits are currently making their way through the courts.

If you would like to learn more about whether you are eligible to file a lawsuit against the manufacturers of paraquat, use our Instant Case Evaluation tool to get in touch with TruLaw.