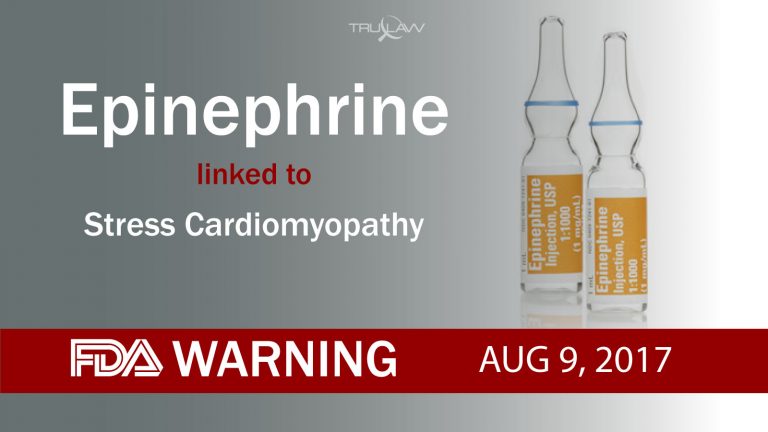 Epinephrine was approved on May 23, 1984, to treat cardiac arrest and anaphylaxis. Endo International and GeoPharma, Inc manufacture the drug.

Epinephrine, also known as adrenaline, is a hormone that is secreted by the adrenal glands. Adrenalin (without the e) was originally used as a trademark for a product made by the pharmaceutical company Parke, Davis & Co.

Epinephrine is derived from the amino acid tyrosine and is connected to the fight or flight response in humans. Once a threat is perceived, a signal is sent to the brain, and the brain sends nerve impulses to the adrenal gland in the kidneys. The adrenal gland, in turn, releases epinephrine, which enters the bloodstream and is carried throughout the body to cells in various locations, where it initiates several responses.

The drug has a collective purpose in the body: to prove energy so that the major muscles of the body can respond to a perceived threat. Epinephrine is used, along with emergency medical treatment, to treat life-threatening allergic reactions caused by:

On August 9, labeling changes approved by the FDA were added to the label of Adrenalin (epinephrine) to address the risk of stress cardiomyopathy. The same risk was added to the Epipen and Epipen Jr. labels in April 2017.

Stress cardiomyopathy sometimes called the “broken-heart syndrome,” is a condition in which intense emotional or physical stress can cause rapid and severe heart muscle weakness. The condition is potentially life-threatening and occurs following certain stressors, including:

While considered relatively rare, cases of stress cardiomyopathy related to the administration of epinephrine have been reported.

Stress cardiomyopathy has been reported 113 times by Adrenalin patients, with four cases resulting in death, 56 in hospitalization, 14 were life-threatening, and four requiring medical intervention. Stress cardiopathy has been reported 10 times by Epipen patients, nine requiring hospitalization and one case being life-threatening.

In addition to the labeled serious risks associated with epinephrine, the medication is also associated with a number of unlabeled yet serious conditions, including posterior reversible encephalopathy syndrome, sudden onset of sleep, and epiglottic edema. Since adverse event reporting is voluntary, it is not always possible to reliably estimate the frequency of these injuries.  TruLaw encourages all individuals to report adverse events to the FDA as they occur.