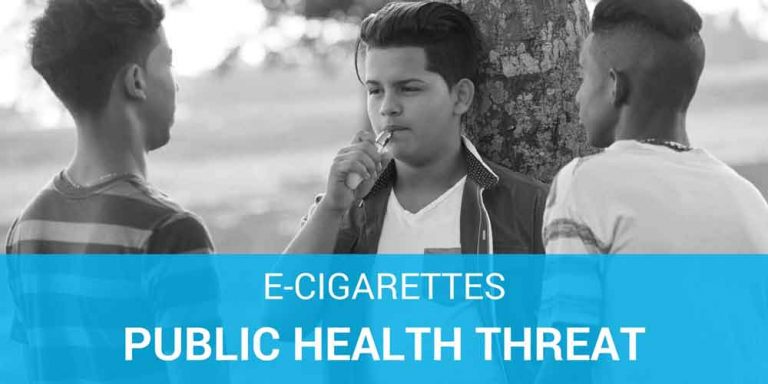 This summer, the U.S. Food and Drug Administration (FDA) FDA issued e-cig rules banning the sale of e-cigarettes to those under age 18 and began to require agency approval of any vaping product made before February 15, 2007.

Anti-tobacco groups have been fighting for these e-cig rules and regulations for years because of concerns about the popularity of e-cigarette’s among the country’s youth, and because the long-term health risks of the devices are not fully understood. But the e-cigarette industry mounted a massive campaign against the rules during the 2016 election campaign, fighting candidates who backed the regulations and hoping to win a congressional reversal of the rules.

Two Republican lawmakers recently sent Vice President-elect Mike Pence a letter encouraging President-elect Trump’s team to kill the FDA’s new rules that regulate the electronic cigarette industry, despite the fact that many e-cigarettes contain flavoring agents made from chemicals like diacetyl, which has been shown to cause bronchiolitis obliterans (popcorn lung), a serious and irreversible lung disease.

In the letter, Wisconsin Senator Ron Johnson and California Representative Duncan Hunter wrote that the FDA’s “burdensome” regulations would potentially hurt the public’s health by making it more difficult for consumers to access products that serve as alternatives to traditional smoking. However, the FDA has never approved e-cigarettes as a method to stop smoking, and there is growing evidence that their use is associated with a number of respiratory problems due to dangerous chemicals present in the fluid or vapor.

Bronchiolitis and bronchitis are similar terms that evoke much confusion. The difference actually lies in the anatomical area of the lungs that are infected, but the symptoms actually present similarly so it is imperative to continue to see a doctor to be monitored to make sure a proper diagnosis is made.

The “bronchioles” are small and delicate airways that lead directly to the alveoli (where the exchange of oxygen and carbon dioxide occurs) and “bronchi” are the much larger “pipes” that make up the first two to three branches of the lungs immediately after the trachea (windpipe).

These symptoms can become more severe and frequent as chronic bronchitis progresses triggering other severe episodes such as respiratory tract infections and infections elsewhere in the body.

The symptoms of bronchiolitis obliterans, often referred to as “popcorn lung,” develop slowly and subtly, gradually progressing to more disabling symptoms over time.   Some early symptoms present similarly to chronic bronchitis, asthma, and tobacco-related COPD including fever, night sweats, weight loss as well as inflammation of the skin, eyes, nose and/or throat.