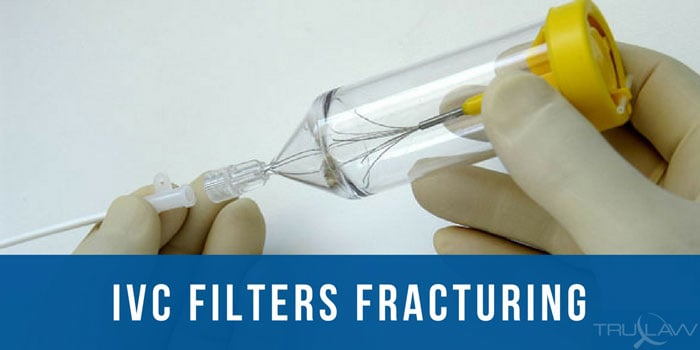 According to a Kaiser Permanente study, IVC filter fracture complications four or more years after insertion are “relatively common,” occurring 37.5 percent of the time for Cordis Optese and 23.1 percent for Trapease filters.

The study reviewed all IVC filters implanted in patients from January 2007 through December 2009 at multiple healthcare facilities throughout the U.S. The researchers identified all patients that had imaging of the filter taken at four years or more after implantation, and of those patients, IVC filters that had fractured were identified.

This is not the first study to determine that Cordis filters have high filter rates if left in place long term. In 2012, another study published in JAMA Internal Medicine examined the complication rate of 20 patients implanted with TrapEase IVC filters for an average of 50 months and found that half of those filters had fractured. After four years, the fracture rate increased to 64 percent.

IVC filters are small, cone-shaped devices that are implanted in the inferior vena cava, the large vein in the abdomen that returns blood from the lower body to the heart, These devices are designed to capture blood clots that have broken loose from one of the deep veins of the legs and prevent it from reaching the heart and lungs, where it can cause severe complications or even death.

IVC filters are frequently placed in patients who have a history of developing blood clots in the legs, particularly those who have been diagnosed with deep vein thrombosis, or DVT. Until recently, IVC filters were designed to be implanted permanently, but newer devices, called optionally retrievable filters, have the option to be permanent or to potentially be removed later when the risk of a clot traveling to the lungs has passed. Cordis Optese are retrievable IVC filters, while the Trapese filters are permanent.

Injured by an IVC Filter?