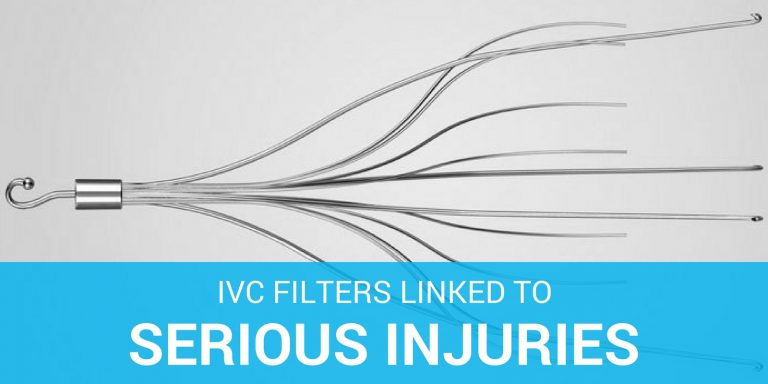 Cook Medical and C.R. Bard, Inc., the manufacturers of the largest share of IVC filters, face allegations that their devices were improperly designed and put patients at risk of serious injury. As of March 23, 2016, there were 315 lawsuits consolidated for pretrial proceedings against Cook Medical in MDL 2570, and another 93 lawsuits consolidated against Bard in MDL 2641.

The plaintiffs in the Canadian IVC Filter lawsuits allege that their IVC filters broke apart and became lodged inside their bodies. One of the patients claims that the IVC filter implanted in her body broke apart and one leg pierced her internal jugular vein and the rest migrating into her small intestines.

The woman’s doctors have told her that it is too dangerous to try to remove the device and consequently, she will have to take blood thinners for the rest of her life. She and her husband filed a $200 million class-action lawsuit against Cook Medical in January 2016, alleging that she was never made aware of the potential risks involved with IVC filters.

What are IVC Filters?

That risk prompted the FDA to issue a safety alert in 2010, warning that the retrievable IVC filters should be removed as soon as the patient no longer requires intervention to prevent blood clots.