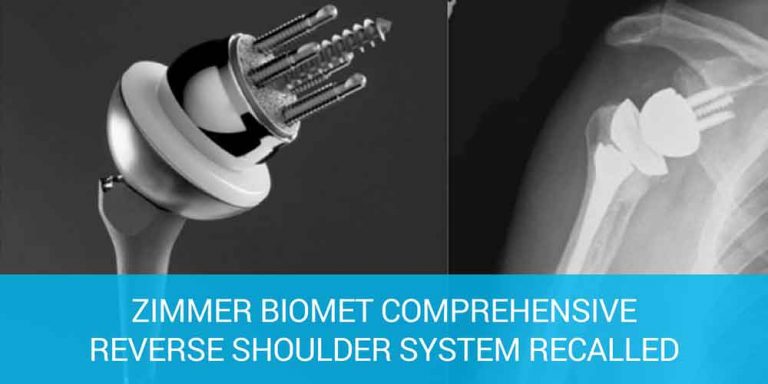 In February 2017, the U.S. Food and Drug Administration (FDA) issued an urgent recall of the Zimmer Shoulder Replacement device due to a high rate of fracture.

According to Zimmer Biomet, problems with the device are due to its design, not a manufacturing error. Fracture of the device is known to cause permanent loss of shoulder function, pain, infection, and other severe injuries. The Class 1 recall, the highest level possible, indicates that a reasonable probability exists that use of the product will cause serious adverse health consequences or death, according to the FDA.

In 2016, Biomet Inc. agreed to pay $350,000 to a Colorado man who filed a Biomet lawsuit alleging failure of two Zimmer Biomet Reverse Shoulder Injuries, due to the component that the company had recalled in 2010.

Please share this article with individuals worried about loss of shoulder function from fractures due to design error of Zimmer Shoulder Replacement.