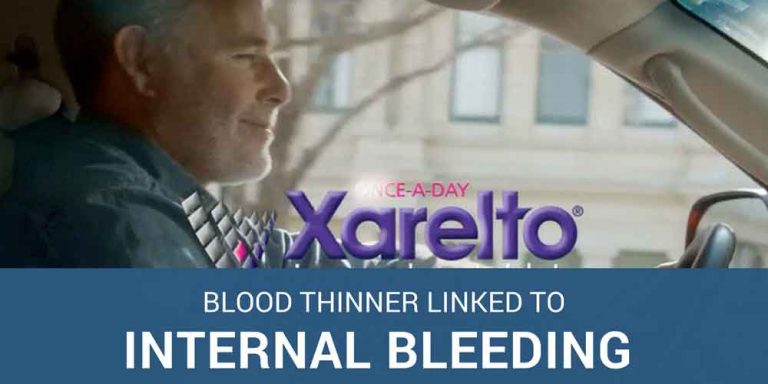 Xarelto Risk is being tested in four bellwether Xarelto case involving plaintiffs who claim the drug caused uncontrolled bleeding events moving through the courts starting in February 2017. Xarelto bellwether trials are very important since they generally include a representative sample of all the cases filed to date.  In the Xarelto consolidated litigation, the judge selected four cases set to be tried in Louisiana, Mississippi and Texas.

Xarelto lawyers and the judges involved in these bellwether trials will be collecting information that will assist in determining whether groups of the Xarelto lawsuits should be settled, and if so, what might be a reasonable dollar range for these settlements.

Despite the Xarelto case moving forward, the U.S. Food and Drug Administration (FDA) recently released a statement designed to assure current and future patients of Xarelto risk.  The FDA concluded that the drug’s clinical trial results were not affected by the faulty Alere INRatio device that was recalled in July 2016.

The Alere INRatio device was used to monitor warfarin therapy in the control group of the ROCKET-AF clinical trial, which provided the main data supporting the 2011 approval of the anticoagulant drug Xarelto.

But because of concern about the functionality of the device, the FDA completed a variety of analyses to assess the impact that the device had on the study results and determined that effects on strokes or bleeding in the head were minimal. Based on this determination, the FDA concluded Xarelto to be a safe an effective alternative to warfarin for patients with atrial fibrillation.

The U.S. Food and Drug Administration (FDA) approved Xarelto in 2011 as a more convenient alternative to Coumadin (warfarin), the traditional blood thinner that has been used since the 1950s to prevent heart attacks, strokes, and blood clots. Although all blood thinners increase the risk of bleeding problems, Xarelto has been linked to an increased number of uncontrollable blood injuries, mostly because there is no approved antidote available for patients who use the medication, and many of the side effects have been severe because the bleeding cannot be effectively controlled.

Since Xarelto’s approval five years ago, thousands of Xarelto lawsuits have been filed against drug makers Johnson & Johnson and Bayer AG, alleging Xarelto side effects including:

Some 2,800 Xarelto lawsuits have been consolidated into multidistrict litigation (MDL) in Eastern Louisiana and nearly 700 have been combined into a mass tort program in the state of Pennsylvania.

Xarelto lawyers will continue to file cases on behalf of individuals experiencing uncontrolled bleeding events while on the blood thinner while the bellwether trials move forward in February 2017.   Please share Lawsuits Question Xarelto Risk While FDA Assures Public of Xarelto Clinical Trial Data with individuals who are worried about the dangers of Xarelto.