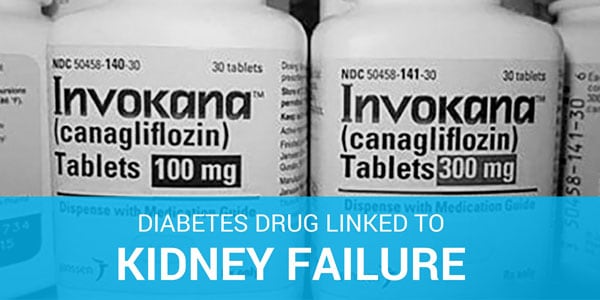 The number of lawsuits brought against the maker of the diabetes drug Invokana continues to grow, with another Invokana lawsuit being filed on March 31, 2016, in the Superior Court of the State of Delaware.

The plaintiff, a type 2 diabetes patient, claims that after taking Invokana to lower her blood sugar levels, she suffered kidney failure, a bone fracture, and other serious injuries that led to her hospitalization. She alleges that Invokana maker, Janssen Pharmaceuticals (and parent company Johnson & Johnson):

The woman alleges that because of the negligence of the defendants, she and her health care practitioners were unaware of the true nature of Invokana and the significant risks associated with the medication, adding that the drug’s label still does not give adequate warnings regarding the serious risks of bone fractures and kidney injuries associated with Invokana use.

Individuals who have been harmed by Invokana are currently filing Invokana lawsuits against the manufacturer, Janssen, a division of Johnson & Johnson. Invokana lawsuits claim the manufacturer of the drug, Janssen/Johnson & Johnson knew about the risk of kidney damage, diabetic ketoacidosis but did not warn the public or health practitioners leaving them to make uninformed medical decisions that put them at risk.

Do you believe your Injury Could be Linked to Invokana?
Get Instant Online Analysis Now!
View your Invokana Case Evaluation Report

Since the FDA took action with label changes and Drug Safety Communications, more plaintiffs have filed Invokana lawsuits some alleging Diabetic Ketoacidosis. These lawsuits will continue to move forward in courts across the United States until there this the need for consolidation into a multidistrict litigation (MDL), which would allow common issues to be discussed on behalf of all injured individuals.

There have been no Invokana settlements and the product liability cases being filed are not Invokana Class Action Lawsuits.

The U.S. Food and Drug Administration (FDA) approved Invokana in March 2013 for the treatment of type 2 diabetes. Part of a new class of diabetes drugs known as “sodium-glucose co-transporter 2 (SGLT-2) inhibitors,” Invokana works by preventing the kidneys from absorbing glucose, and instead excreting it from the body through the urine. This action is now thought to put additional stress on the kidneys, particularly in those already at risk for kidney disease.

In September 2015, the FDA announced that it would require Invokana manufacturers to add new warnings to the drug’s label, indicating that it could increase the risk of bone fracture, and cautioning healthcare practitioners to consider factors that contribute to fracture prior to prescribing the medication.