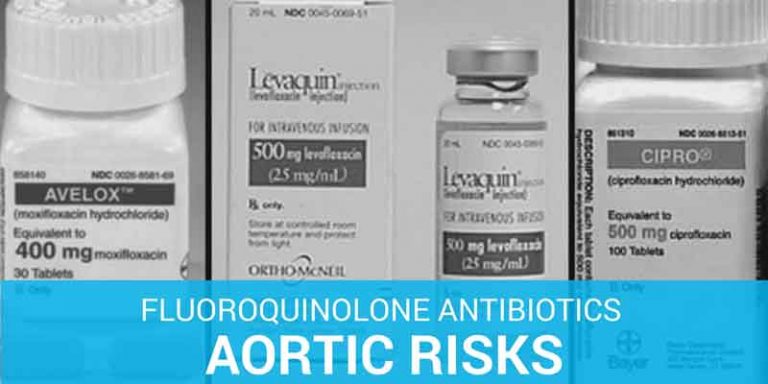 Popular antibiotics like Cipro, Levaquin, and Avelox are linked to dangerous side effects, some of which were not warned about or not warned properly.   While all drugs carry side effects, patients must be warned about these side effects in order to make informed decisions about their health.  When companies know of injuries occurring and side effects not previously disclosed to the public and choose not to share this information, lawsuits are often filed.  Today, fluoroquinolone lawsuits filed on behalf of individuals who claim they were not warned of dangerous and potentially permanent side effects are being filed by fluoroquinolone lawyers.

Fluoroquinolone antibiotics are a class of drugs that can effectively stop dangerous bacterial infections in their tracks by eliminating the growth of bacteria or killing the bacteria. But, these drugs carry unwanted and serious side effects.

Fluoroquinolones are the most commonly prescribed class of antibiotics in the U.S., and as a result of the link to these dangerous side effects, the FDA is now warning that fluoroquinolones should be reserved for conditions for which other effective antibiotics are not available.   In a recent interview, Mahyar Etminan, a pharmacological epidemiologist at the University of British Columbia, noted that fluoroquinolones are overused “by lazy doctors who are trying to kill a fly with an automatic weapon.”

Fluoroquinolone side effects may occur almost anywhere in the body. They often occur in previously healthy individuals and can be progressive and life-altering.   A few of the serious side effects are as follows:

Despite adverse event reports, the drug companies making fluoroquinolone antibiotic drugs did not warn the public of these dangers until the FDA forced them to take action.  Individuals who were harmed without warning are now filing lawsuits against the manufacturers of those drugs because they were unable to make an informed decision about the drugs they were taking.

Fluoroquinolones and the FDA

In 2008, the FDA required these antibiotics to carry a black box warning about severe tendon damage to the medication’s labeling.

In 2013, the FDA issued about the increased risk of permanent neuropathy.

In 2015, studies showed that adults that took fluoroquinolones antibiotics had roughly twice the risk for an aortic aneurysm and aortic dissection.

In November 2015, an FDA Advisory Panel recommended that the FDA take regulatory action in order to warn consumers that fluoroquinolones could trigger a serious disability called fluoroquinolones-associated disability (FQAD).  The FDA held committee meetings and invited the public to speak.  During these meetings, more than 30 members of the public spoke about how their lives had been altered as a result of fluoroquinolone prescription.  Many advocates and injured individuals speak of their injuries as being “floxed.”

According to FloxieHope.com, a website set up by a woman who was floxed and wanted to make the public aware of the dangers through victims’ stories, “the FDA took note of the committee hearings and “noted that fluoroquinolones are no more effective than placebos in treatment of sinus infections, bronchitis in those with COPD, and uncomplicated urinary tract infections.  They also noted that fluoroquinolones can cause a constellation of symptoms across multiple body systems.  Those symptoms can lead to a disability.”