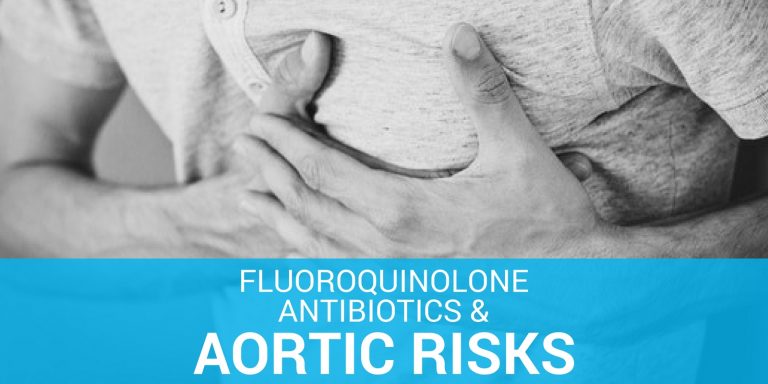 Last week, the FDA finally took action on the dangers of fluoroquinolones antibiotic use opening the door for antibiotic lawsuits. According to the FDA Safety Communication,

Systematic use of fluoroquinolones (such as Cipro, Levaquin, Avelox, Floxin and Factive) is associated with disabling and potentially permanent serious side effects that can occur together.  These side effects can involve the tendons, muscles, joints, nerves and central nervous system.

The FDA Advisory Panel that heard from 30 members of the public in November 2015, recommended the use of the term “fluoroquinolones associated disability” (or FQAD) to describe these potentially permanent serious side effects that can occur together. But in May 2016, the FDA stopped short of naming this disability.

Despite the lack of a name, these serious side effects will now be the subject of a strengthened warning on the fluoroquinolone family of antibiotics, which includes such drugs as Levaquin, Cipro, Avelox, Factive, and Floxin. These labels will now include a “limitation of use” so that it is no longer appropriate for medical professionals to prescribe one of these antibiotics to treat sinusitis, bronchitis or an uncomplicated urinary tract infection. According to the FDA,

serious side effects associated with these popular antibacterial drugs outweigh the benefits for patients with sinusitis, bronchitis, and uncomplicated urinary tract infections who have other treatment options.

In November 2015, thirty otherwise healthy individuals described some of the serious side effects that became a serious disruption to their lives. While these injuries vary from person to person, some reported injuries include aortic dissection, aortic aneurysms, peripheral neuropathy and the constellation of disorders affecting the tendons, muscles, joints, nerves and central nervous system.

Lawsuits on behalf of individuals living with these serious injuries are being filed against the manufacturers of Levaquin, Cipro, Avelox, Factive and Floxin alleging that these drugs put individuals at risk of injury without warning.  Fluoroquinolones (FQs) have been used for over 20 years and critics note that they are overprescribed.  According to the CDC, FQs are the fourth-most prescribed antibiotic nationwide – prescribed to 33 million Americans in 2013 alone.

In the past few years, advocates have worked hard to get the word out about the serious side effects from FQ toxicity.  These individuals, many of whom are currently suffering from these life-altering side effects,  refer to these collective injuries as “floxing” and “antibiotic toxicity.”  They have set up Facebook pages and website in an effort to get the word out through social media.  The FDA warning and label change will be helpful in these efforts to get the word out to the public, but also to get word to health care professionals who often come up with no specific diagnosis for the constellation of symptoms from these antibiotics.