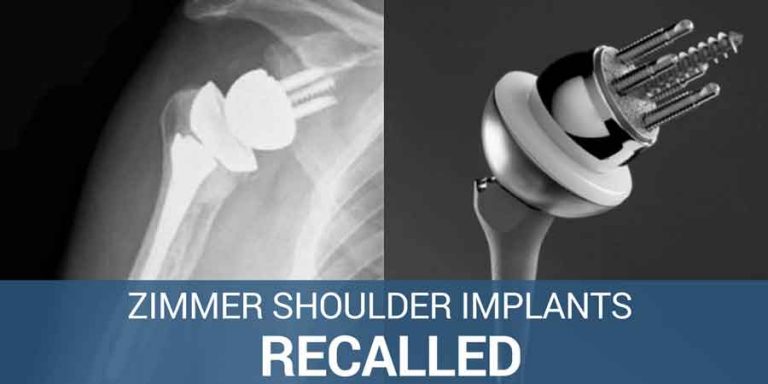 Zimmer Biomet Shoulder Implants were able to obtain approval of its Comprehensive Reverse Shoulder device without any human testing, but the device was pulled from the market in 2010 after complaints of fracturing.

The U.S. Food and Drug Administration (FDA) approved the Zimmer Shoulder Replacement device through its controversial 510(k) protocol rather than the lengthy and more thorough standard premarket approval process. The 510(k) process allows a device to be approved on a “fast-track” basis if it can be shown to be substantially similar to a previously approved product already on the market.

In 2008, Zimmer told the FDA that the Comprehensive Reverse Shoulder was substantially equivalent to five different systems on the market at the time, one made by Biomet and the others by Zimmer (they were separate companies until Zimmer purchased Biomet in 2014 for $13.4 billion).

In 2010, the FDA issued a Class II recall of the Biomet shoulder replacement, meaning that the device could cause temporary or reversible complications. Six years later after multiple incidents of fracturing, the recall was upgraded to a Class I, the most serious type of recall the FDA issues. According to the FDA, Zimmer Biomet Reverse Shoulder Injuries such as these fractures could result in revision surgeries that could lead to serious health consequences including permanent loss of shoulder function, infection, and even death.

Death related to shoulder implants replacement fractures typically is associated with pulmonary, cardiac, and abdominal complications, according to a study published in the Journal of Shoulder and Elbow Surgery. Researchers conducting this study found that patients who suffered a fracture after shoulder replacement surgery had a six times higher incidence of death within 30 days than the general population, and concluded that despite advances in technique and implant design, instability after reverse total shoulder replacement surgery remains a distinct possibility for many patients.