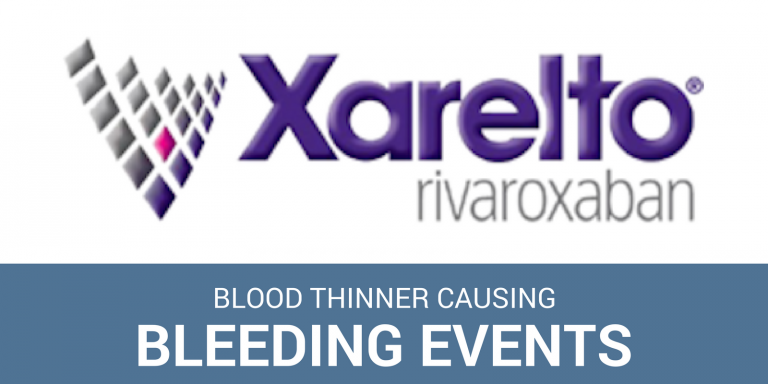 The side effects Xarelto story starts with initial approval in 2011, and the blood thinner has had an eventful journey, receiving several warnings from the U.S. Food and Drug Administration (FDA), as well as required labeling and advertising changes.

Xarelto makers Janssen Pharmaceuticals (Johnson & Johnson subsidiary) and Bayer AG were required to make changes to their advertisements after the FDA claimed that the companies downplayed the possible side effects associated with the drug.

Xarelto was also required by the FDA to carry a boxed warning advising consumers and the medical community that premature discontinuation of the drug would increase the risk of thrombotic events and spinal/epidural hematoma.

The FDA issued five warnings and precautions regarding side effects Xarelto:

A side effects Xarelto boxed warning was issued by the FDA advising users of the dangerous side effects of Xarelto, including the lack of an antidote, and the risks associated with using the medication with epidural anesthesia and spinal puncture.

Side effects Xarelto moves from regulatory actions to lawsuits.  Since Xarelto’s approval five years ago, Xarelto Lawsuits have been filed against Johnson & Johnson and Bayer AG alleging Xarelto side effects including gastrointestinal bleeding, rectal bleeding, internal bleeding, stroke, heart attack, pulmonary embolism, epidural hematoma, and brain hemorrhages. Some 2,800 cases have been consolidated into multidistrict litigation (MDL) in Eastern Louisiana and nearly 700 have been combined into a mass tort program in the state of Pennsylvania.