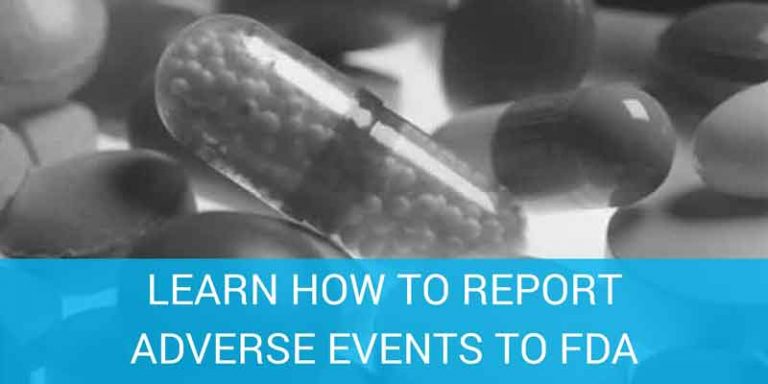 Clinicians often misdiagnose problems associated with drugs, particularly when patients are on multiple medications. Physicians sometimes choose long-acting drugs with side effects in favor of safer choices, and as patients, how many of us question our doctor’s advice about a medication?

Besides the risks to the patient experiencing a drug side effect or complication, there is a bigger problem to healthcare in general – doctors failing to connect symptoms to medications results in a belief by the public that the drugs they are taking are safer than they really are.  If doctors don’t make the connection between a drug and the symptom, they will not report it as an adverse event to the FDA.

Drug safety experts estimate that only 10% of adverse events associated with drugs are reported to the FDA.

Why Do Drug Side Effects Get Ignored?

Federal funding for drug research and safety has dropped dramatically in recent years, and pharmaceutical companies now pay for over 85 percent of all research, medical journal publications, and medical conferences, where doctors receive much of their information about medications, which in some cases can be biased and even inaccurate.

There are various reasons that doctors fail to pick up serious side effects associated with certain medications, including:

Consumers Should Report Side Effects to the FDA

The only way the FDA can assure safe and effective medical products remain on the market is the collection of information from doctors and patients.  Reporting side effects, injuries, and complications to the FDA from drugs and medical devices is simple.

Cognitive dissonance is a human phenomenon based on the assumption that people want their expectations to become reality, and sometimes modify their thinking to make that happen. In the case of drug side effects, the impulse is often to attribute harm to something other than the medication to preserve the notion that our efforts help rather than hurt.

Cognitive dissonance can be reduced by consumers by changing the belief that if there is not a “black box warning” or lawsuits showing up in TV commercials, that the drug they are taking does not cause the side effect or complication they are experiencing.  There is no harm to the doctor that prescribed the drug if consumers report side effects or complications to the FDA unless that doctor ignored warnings.  On the other hand, reporting the side effect to the FDA could save future patients from experiencing similar complications.

Beggelman, M. (2016, December 30). Why do we doctors so often fail to see symptoms are drug side effects? Retrieved from http://www.wbur.org/commonhealth/2016/12/30/doctors-side-effects-medication