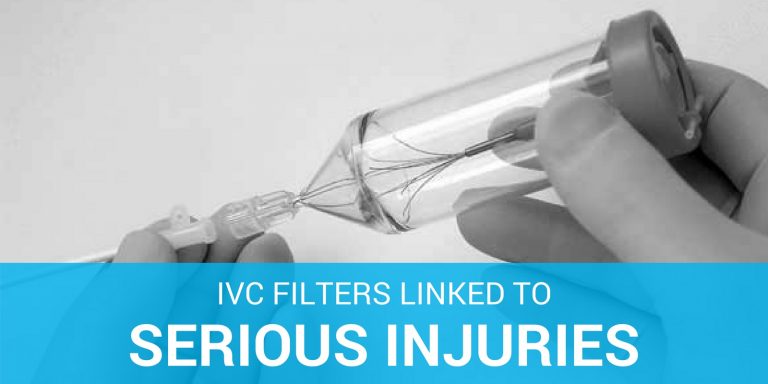 Since the introduction of the inferior vena cava filter (IVC filter) in 2005, the FDA has received thousands of adverse reports involving these filters. TruLaw is talking to individuals that believe they were harmed as a result of IVC filter fracture, migration, embolization or perforation. Lawsuits against the three largest manufacturers of the retrievable IVC filters – C.R. Bard, Cook Medical, and Cordis – continue to be filed.

What is an IVC Filter?

IVC filters are small, cage-like devices that are inserted into the inferior vena cava (the main vessel returning blood from the lower half of the body to the heart) to capture blood clots and prevent them from reaching the lungs. Without an IVC filter in place, there would be a potential risk for the embolism to cause a blockage of the pulmonary artery, known as a pulmonary embolism, and cause difficulty breathing, chest pain, and death.

Until recently, IVC filters were only available as permanently implanted devices, but newer filters called optionally retrievable filters, can either be left in place permanently or may be removed from the blood vessel later, when the risk of a blood clot breaking loose has passed.

IVC filter usage has increased since its introduction in 2005 with more than 250,000 filters implanted annually in recent years. The Global IVC filter market is projected to reach $435 million by 2016, 60% of profit coming from retrievable filters.

In August 2010 Safety Communication, the FDA recommended that implanting physicians and clinicians responsible for the ongoing care of patients with retrievable IVC filters consider removing the filter as soon as protection from pulmonary embolism (PE) is no longer needed. Unfortunately, it has been reported that only one-quarter of “retrievable” IVC filters are removed and the complication rate of filters is likely to go up the longer IVC filters are left in place.

According to a recent Security and Exchange Commission (SEC) filing, C.R. Bard disclosed that the company received a warning letter from the U.S. Food and Drug Administration alleging misfiled customer complaints, including one reporting a patient’s death.

Affected by an IVC Filter?

Did you or a loved one have an inferior vena cava (IVC) filter implanted?