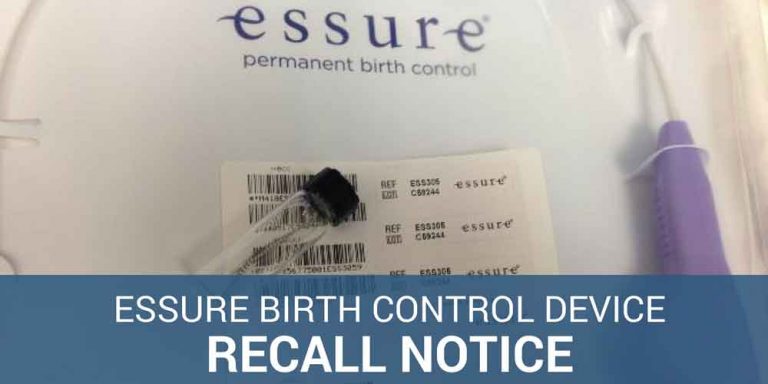 Essure, a permanent birth control device comprised of tiny metal coils that are implanted in the fallopian tubes, has spurred thousands of complaints and may soon be the subject of an Essure class action lawsuit in Canada.

Today, the U.S. shields multinational corporations from federal class actions like this based on a court’s interpretation of the “Pre-market Approval Process” by the FDA.  Congress is currently considering allowing lawsuits to move forward in state courts under H.R. 2164, the Medical Device Safety Act of 2017.

A class action lawsuit was filed at the Court of Queen’s Bench for Saskatchewan in October 2015 against Bayer, the manufacturer of Essure, and more than 100 Canadian women have allegedly expressed interest in joining the suit. Those familiar with the lawsuit expect the class action to be certified by a judge later this year, according to a Toronto Star report.

Patients who are harmed by high-risk devices should have the opportunity to show causation in court as these women are looking to do in Canada. In Canada, where Essure has been on the market since 2001, the law allows for a day in court.

Today Essure Class Action Lawsuits Are Not Allowed In The U.S.

Despite thousands of women taking to the street in rallies, hitting the halls of Congress to speak to legislators and presenting their injuries to the FDA, today the law of the land is one that protects large multinational corporations but does not protect patients.

In the U.S., medical device manufacturers are shielded from legal liability for personal injury if their device came to market through the FDA’s stringent but controversial premarket approval (PMA) process, which requires companies to prove the safety and efficacy of a device before it can be sold.  This controversial corporate immunity shield is being threatened with H.R. 2164, the Medical Device Safety Act of 2017.  This bi-partisan act seeks to remove the legal barrier for patients harmed by dangerous medical devices by allowing them the legal right to seek compensation if they are not adequately warned of the risks of using the device.

Essure Complications Severe and Under-Reported To The FDA

Although Bayer markets Essure as an effective, affordable and convenient means of birth control, many women who have been implanted with the device have reported severe life-changing complications that bring into question Bayer’s claims.

A grassroots movement of advocates that call themselves E-Sisters has been collecting a list of complications reported by women in an effort to get accurate information out to the public.   They believe their grassroots effort to collect this information is much more accurate than the FDA’s Adverse Event Reporting System  (FAERS) as the FAERS database is generally acknowledged to underreport the incidence of adverse effects by around 10 fold.

The side effects reported by E-Sisters are pages long and tracked on their website, Essure Problems.  These complications include gynecological, gastrointestinal, neurological, blood issues, autoimmune disorders, sensitivities, and pain of many kinds.  In addition, women on Essure have doubted its effectiveness and there are a number of premature births and miscarriages reported.  Some women have died and their families believe it was related to the Essure implant.  Women with Essure also have a higher risk of ectopic pregnancies.

Women in the U.S. will be watching to see how the Canadian Essure Class Action moves forward and we will continue to update the movement of H.R. 2164, the Medical Device Safety Act of 2017.

Did you or a loved one experience complications after being implanted with Essure?