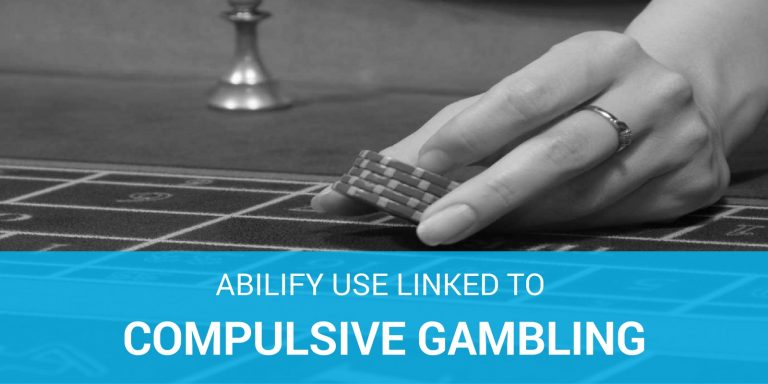 Abilify and gambling is a hot topic of recent TV commercials and lawyer advertisements, leading many to wonder whether abilify gambling lawsuit are in the future.  In fact, a number of Abilify gambling lawsuits filed against Bristol-Myers Squibb Co. and Otsuka Pharmaceutical Co. alleging gambling side effects associated with the antipsychotic drug Abilify have been filed and were recently centralized in a Florida federal court.

Recent studies point to Abilify, a popular antipsychotic as a possible cause of compulsive gambling.  In 2014, a study published in the medical journal JAMA Internal Medicine reported evidence that dopamine receptor agonists (often used to treat Parkinson’s Disease) were linked to gambling and other impulse-control problems, the same behavioral problems associated with Abilify use.

Abilify (aripiprazole) is an antipsychotic drug that was approved by the FDA in 2002 to treat schizophrenia, bipolar disorder, depression, and autism spectrum disorders. The medication has generated sales of more than $6 billion per year and was the top selling brand name drug on the market in 2013.

Although the European Medicines Agency has required Abilify warnings about the risk of compulsive gambling since 2012 and regulatory officials in Canada mandated similar warnings in late 2015, such warnings were not provided to consumers in the U.S. until May 3, 2016, when the U.S. Food and Drug Administration (FDA) issued a warning that compulsive or uncontrollable urges to gamble, binge eat, shop, and have sex have been reported with the use of Abilify.

Product liability lawsuits against the Abilify makers allege that the companies withheld information from consumers as well as medical professionals regarding how Abilify use can lead to compulsive gambling and other behaviors.

The plaintiff in one case claims that after beginning Abilify in 2013, the side effects of the drug adversely impacted his brain and caused him to engage in pathological gambling behavior. He claims substantial gambling losses, loss of employment, severe damage to his financial stability, and other mental and physical damages. His gambling problems continued until soon after he stopped the medication in August 2015.