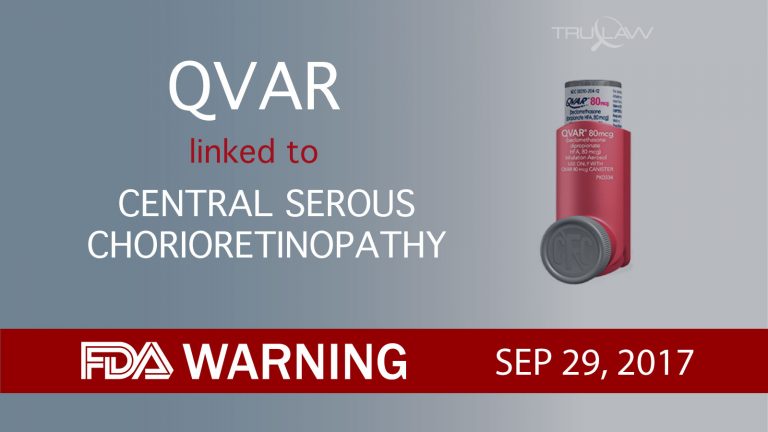 The U.S. Food and Drug Administration (FDA) approved Qvar (beclomethasone dipropionate hfa) on September 15, 2000, for the treatment of asthma. Qvar is a steroid manufactured by Teva Pharmaceutical Industries, Ltd. that works directly in the lungs to ease breathing by reducing the irritation and swelling of the airways is used to prevent an asthma attack, but will not treat an asthma attack that has already begun.

According to the Centers for Disease Control and Prevention (CDC), 18.4 million adults in the U.S. currently have asthma, and 6.2 million children under age 18 suffer from the condition. Asthma is a medical condition in which the airways narrow and become swollen, making breathing problematic. Extra mucus is produced, which triggers coughing, wheezing, and shortness of breath. For some, asthma is a minor inconvenience but for others, it interferes with daily activities and may lead to a life-threatening asthma attack.

While there is no cure for asthma, it can be controlled through the use of a variety of medications, including inhaled corticosteroids like Flonase, Qnasi, and Qvar.

Central serous chorioretinopathy occurs when fluid builds up under the retina, which distorts vision and causes fluid leakage from the tissue beneath the retina. As a result of this fluid, a small detachment forms under the retina, distorting vision. Chorioretinopathy was reported four times by Qvar patients with one case resulting in hospitalization. Blurred vision has been reported 14 times by Qvar patients, one case resulting in hospitalization and two in disability.

Despite the label changes, TruLaw is continuing to monitor Qvar for some serious adverse events that have been reported to the FDA but are not currently listed in the drug’s current prescribing information, including sudden cardiac death, bacterial pneumonia, and bronchiolitis.